Code Next: Austin's Reimagining of Land Use Code 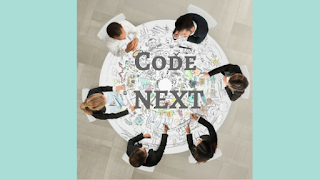 You may have heard of “Code Next”, but not be sure exactly what it is.  Read on to find out what Code Next is, what it means for Austinites, and why some community organizations are worried about the process.


Code Next is a City of Austin process that involves Austin’s residents, business community, and civic institutions in the process to change Austin’s building code.  The goal is to clarify and simplify the rules around what can be built and how much of it can be built in one place.  It grew out of the Imagine Austin Comprehensive Plan in 2012.


Why does Austin need Code Next?  The current land use code, which was written almost thirty years ago, was created for an Austin that was less than half the size it is now.  When problems would arise, amendments would be added to the existing rules, which resulted in a giant tangle of hundreds of amendments that are byzantine and don’t make sense for the city that we are living in now.  The goal of Code Next is to make the rules straightforward and easier to follow and understand, making it a blueprint for the Austin we want to see.


Code Next proposes that each neighborhood in Austin has a unique character that is worth preserving and adding to.  Its goal is to have additional housing stock fit in with the existing homes in a neighborhood and create tools to address zoning issues within neighborhoods.


Another goal of Code Next is to provide businesses an easier set of building codes to understand and abide by.  By giving small business owners a “predictable and equitable process”, Code Next will help make starting a new business smoother and more affordable.  It will also overhaul the zoning maps to provide new opportunities for businesses to exist in both new and old buildings by encouraging adaptive reuse. Code Next also aims to use building types that have been successful in other cities to create clusters of small businesses that can adapt as needed over time.


Affordability in Austin is a huge problem right now, and Code Next aims to address it in several ways: creating a mixture of housing types for many different income levels, allowing smaller house and lot types, helping residents stay in their current homes by allowing them to build a garage apartment or accessory dwelling unit for rental income or an elderly parent, allowing for live/work units where people can run their business on the lower level and live on the upper level, and cutting down on red tape for remodeling projects.


Code Next wants to protect Austin’s abundant natural resources by designing better parks, making parks part of developments and landscaping streets.  By specifying the use of drought-tolerant plantings, better irrigation systems, and strengthening sustainable building requirements, Code Next could reduce water usage. It could also require streets to be laid out, designed and constructed in such a way to better handle storm water run-off.


Finally, Code Next aims to make it easier to get around town by bike or on foot by creating developments that make biking, walking, and public transportation a real possibility and makes neighborhoods better connected.  It would also encourage compact development that allows for a real range of transportation options.


As reported by The Austin Monitor, unfortunately the Code Next process is two years behind schedule and thousands of dollars over budget.  A coalition of Austin stakeholders that includes AURA, the Austin Apartment Association, the Austin Board of Realtors, the Austin Chamber of Commerce, the Downtown Austin Alliance, Evolve Austin, the Home Builders Association of Greater Austin and the Real Estate Council of Austin wants the city to stick to their January 2017 deadline for a new land development code.


The coalition asks that rather than continuing to release “Code Prescriptions” which outline how land use could address problems like affordability and sustainability, the city focus on the original intention of Code Next, which is to rewrite the land use code.  The coalition argues that every day the city drags out the process, new development continues to cost more because of the complex web of laws builders must follow.  This in turn makes Austin an increasingly unaffordable city to live in.


While much of the Code Next debate is over laws that affect developers and homeowners, simplifying building code can go a long way towards making building new housing cheaper and easier to create.  More housing can help renters because people who otherwise might have chosen to rent an apartment when they couldn’t buy may now choose to buy a house or rent a garage apartment, freeing up inventory and driving down rent for apartment hunters. It can also make new apartments easier to build.

Are you looking for an apartment in the tight Austin housing market?  It helps to have an expert apartment locator on your side.  Austin Apartment Specialists South Austin has the expert knowledge of up-to-the-minute vacancies, move-in-specials, and amenities at amazing apartment communities across Austin.  Give us a call today at 512-200-7535.
Posted by Unknown at 12:16 PM