New Apartments in Austin Under Construction 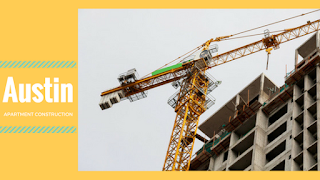 East Austin is hot, and it’s about to get hotter with the addition of a couple of new apartments currently under construction.  One community is located in Central East Austin on nightlife-filled East Sixth and one is located just south of the river on East Riverside, south of the new Oracle Campus.
Indie Apartments will be have 139 micro units ranging from 350 square foot studios to 520 square foot two bedrooms, the Austin Business Journal reports.  Located at East Sixth and Chalmers next to the Liberty Bar, the development is in close proximity to bars like Yellow Jacket Social Club, Whisler’s, and the White Horse.

The project started construction in June.  When finished in August of next year, Indie will have more than 55,000 square feet of development on less than half an acre, including a 2,500 square foot restaurant.
The goal of the developer is to reach those Austinites who want to live in the vibrant East Sixth Street area, but can’t afford the price points that are currently available.
Apartments will be furnished with innovative space-saving ideas like built-in storage, murphy beds, convertible tables, and clever kitchen solutions.
The courtyard will have firepits and televisions, and the 108 space parking garage will be below ground, under the building for those residents who choose to have a car.  Indie is located less than a block from the Plaza Saltillo metro station, allowing inhabitants to use public transportation in addition to being able to bike or walk to many of the area’s hip restaurants and bars.
River City Capital Partners recently purchased 7.34 acres on East Riverside Drive and Vargas Lane.  The land is located just 1.5 miles from Ben White and three miles from the new 560,000 square foot Oracle campus, currently under construction.
The developer plans to build 300 to 400 apartments and 150,000 to 200,000 square feet of office and retail space on the lot, the Austin Business Journal reports.
The company was founded in 2014 and has built small multifamily and single family projects south of downtown in 78704, but this new project would be its largest yet.  The company’s next step will be acquiring the permits necessary to build their desired project on the land.
In addition to the new Oracle offices, Austin Community College’s Riverside Campus is 1.3 miles away and the Ruiz Branch of the Austin Public Library is less than a mile away.  Austin Bergstrom International Airport is 4.5 miles to the east and downtown is five miles to the west.
Looking for an apartment in East Austin or beyond?  Give Austin Apartment Specialists South Austin a call today at 512-200-7535 for the absolute latest information on vacancies, rental rates, and move-in specials at all the best addresses in Austin!
Posted by Unknown at 11:43 AM