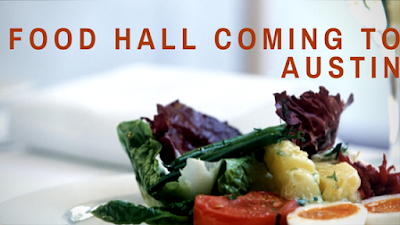 Austin’s first Food Hall is scheduled to open in Fall of 2017 and it will feature locations of some of Austin’s most popular restaurants, Culturemap Austin reports.


The development is to be called Fareground and will be located at the corner of Congress and Cesar Chavez.  The space will include coworking space, an event venue, lounges and conference rooms in addition to the food hall, spread over an outdoor park and indoor lobby.


Dai Due chef Jesse Griffith will open Dai Due Taqueria, bringing the focus of local ingredients and wild game that he serves at the Manor Road outpost to tacos.


Henbit & Honeybit comes from Emmer & Rye’s chef and pastry chef.  Henbit will have an approachable menu made from sustainable ingredients and Honeybit will serve dessert and ice cream from a cart.


The chefs behind Komé and Daruma Ramen will bring Ni-Kome to Fareground.  The restaurant will combine Japanese food and noodles.

Looking to find an apartment close to downtown?  Give Austin Apartment Specialists a call today at 512-912-8000!
Posted by Unknown at 11:31 AM