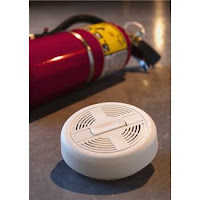 A landlord must install smoke detectors throughout the apartment. But which rooms require them? For the answer, we turn to the State of Texas Property Code for landlord and tenant.

Sec.A92.255.AA
INSTALLATION AND LOCATION IN NEW CONSTRUCTION.
(a) Before the first tenant takes possession of a dwelling unit,
the landlord shall install at least one smoke detector outside, but
in the vicinity of, each separate bedroom in the dwelling unit,
except:
(1)AAif the dwelling unit is designed to use a single
room for dining, living, and sleeping, the smoke detector must be
located inside the room;
(2)AAif the bedrooms are served by the same corridor, at
least one smoke detector must be installed in the corridor in the
immediate vicinity of the bedrooms; and
(3)AAif at least one bedroom is located on a level above
the living and cooking area, the smoke detector for the bedrooms
must be placed in the center of the ceiling directly above the top
of the stairway.
70
(b)AAIn this section, "bedroom" means a room designed with
the intent that it be used for sleeping purposes.
Acts 1983, 68th Leg., p. 3650, ch. 576, Sec. 1, eff. Jan. 1, 1984.
Sec.A92.256.AAINSTALLATION IN UNITS CONSTRUCTED OR OCCUPIED
ON OR BEFORE SEPTEMBER 1, 1981. (a) If the dwelling unit was
occupied as a residence on or before September 1, 1981, or the
building permit for the unit was issued on or before that date, the
landlord shall install at least one smoke detector in accordance
with Sections 92.255 and 92.257 on or before September 1, 1984.
(b)AABefore September 1, 1984, a tenant may install a
battery-operated smoke detector in the tenant ’s dwelling unit
without the landlord ’s prior consent if the installation is made
according to Sections 92.255 and 92.257. When the tenant ’s lease
terminates, including after a renewal or extension, the tenant may
remove the smoke detector, but the tenant is liable to the landlord
for any unnecessary damages to the dwelling unit caused by the
removal.
Acts 1983, 68th Leg., p. 3651, ch. 576, Sec. 1, eff. Jan. 1, 1984.
Sec.A92.257.AAINSTALLATION PROCEDURE. (a) Subject to
Subsections (b) and (c), a smoke detector must be installed
according to the manufacturer ’s recommended procedures.
(b)AAA smoke detector must be installed on a ceiling or wall.
If on a ceiling, it must be no closer than six inches to a wall. If
on a wall, it must be no closer than six inches and no farther than
12 inches from the ceiling.
(c)AAA smoke detector may be located other than as required
by Subsection (b) if a local ordinance or a local or state fire
marshal approves.
Acts 1983, 68th Leg., p. 3651, ch. 576, Sec. 1, eff. Jan. 1, 1984.
Sec. 92.2571.AAALTERNATIVE COMPLIANCE. A landlord complies
with the requirements of this subchapter relating to the provision
of smoke detectors in the dwelling unit if the landlord:
(1)AAhas a fire detection device, as defined by Article
5.43-2, Insurance Code, that includes a smoke detection device
71
installed in a dwelling unit; or
(2)AAfor a dwelling unit that is a one-family or
two-family dwelling unit, installs smoke detectors in compliance
with Chapter 766, Health and Safety Code.
Added by Acts 2007, 80th Leg., R.S., Ch. 1051, Sec. 12, eff. September 1, 2007.
Posted by Unknown at 1:28 PM No comments: 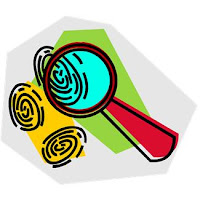 Renting when you have a criminal history is complicated and can be very difficult.  If you have been charged with a crime, whether you were convicted or not, if can and will be found during a criminal background check and can make it difficult to rent.  Two types of criminal records make it difficult to rent: misdemeanors and felonies.
For misdemeanors, the major components that the landlord will look for is the age of the offense, the degree of the offense and whether the offense was aggressive or non-aggressive.  Regardless of the degree of your misdemeanor, typically if you are within 5 years of your offense, landlords will address these on a case by case basis.  Typically apartment managers will not accept applicants whose criminal record contains crimes of person or property.  For example DUI & public intoxication is accepted more often then an aggressive assault, drug charges, or theft which is sometimes considered a crime of property.
For those whose criminal record contains a felony, your Austin rental options are very limited.  Due to Fair Housing regulations apartments don’t want to open themselves up to the possibility of having to accept higher degree felonies if they accept lower degree felonies, so they tend not to accept felonies of any kind.
If you have a criminal record you will need extra help to find rentals that will work with your situation.  An apartment finder may be able to help.
Posted by Unknown at 6:54 PM No comments: 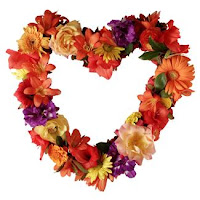 If your apartment is vandalized or an accident occurs, having renters insurance will ensure replacement of your property. Here is an explanation from the Texas Apartment Association. 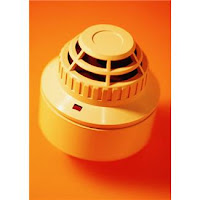 As a renter, you have rights to a safe living environment. The Texas Attorney General outlines these rights.

You have a right to demand that the landlord repair any condition that materially affects your health and safety. Under Texas law, by renting you the property, the landlord guarantees that the unit will be a fit place to live.
SB 1448 (81st Regular Session), effective January 1, 2010, now grants justices of the peace authority to order landlords to repair or remedy conditions affecting a tenant's health and safety, as long as the cost of the repair does not exceed $10,000. Tenants can go to justice court without an attorney to obtain a repair order.
Under certain conditions, you and the landlord may have a written agreement that you will make needed repairs. The landlord does not have a duty to pay for or make repairs if you or your guests cause an unsafe or unhealthy condition through negligence, carelessness, abuse or accident—unless the condition resulted from "normal wear and tear."
Also, the landlord must provide smoke detectors. You may not waive that provision, and you may not disconnect or disable the smoke detector.
Posted by Unknown at 12:31 PM No comments:

When to Start Looking for an Apartment 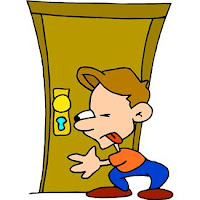 You start looking today!!!  Right now!!!!!! When can we meet???!!!  Seriously, most properties know availability 60 days out…but if they are on UT shuttles or close to a school/university, often times “preleasing” occurs way before that. So contact us when you know you want to move, and we can work on the best place for you in the timeframe you are looking at.
Posted by Unknown at 6:26 AM No comments: