Austin as Culinary Capitol: How'd We Get Here? 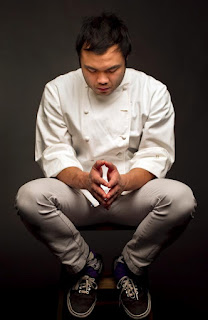 Austin's Food Scene is rocketing to the top of best of lists, Statesman.com reports.  We have a Top Chef Winner, a James Beard winner, a Food and Wine Festival, two high-end grocery store headquarters and more.  How did Austin go from being the Live Music Capitol to the Tasty Food Capitol?  Everyone has their own theory on how Austin evolved from Tex Mex and Barbecue to tops for innovative food choices.

Top Colicchio from "Top Chef" puts the responsibility at the feet of UT.  Tim Zagat of Zagat Surveys says SXSW brings a lot of new people to the area who could be responsible for the culinary revolution.  It could also be due to the fact that we Austinites love to eat.  A 2009 study by Bundle.com found that Austinites spend more on food than any other city in the country, so it would naturally follow that our town would be a great place to open a restaurant.

Another reason for our food revolution is that Austin's relatively low cost of living and real estate is attractive to many star chefs who come from expensive cities on the coasts to live here, open a restaurant and raise their family at the same time.  Many of these transplant chefs also praise the sense of community among cooks in town.  Rather than be competitive, chefs here support one another when one of them garners a big national prize or television spot.  It's just further evidence of the laid-back, friendly environment Austin is famous for.

Looking for an Austin Apartment of your own, close to the hottest new restaurants?  Or maybe you want a dream kitchen in which to concoct your own culinary creations.  No matter what you're looking for in your next home, contact Apartment Specialists today for help!
Posted by Unknown at 12:41 PM