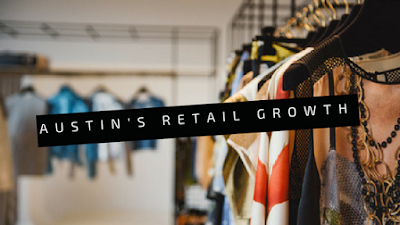 The current retail occupancy rate in Austin is 96 percent.  Some stores have closed recently, including Chair King in the Mueller development, but those locations are quickly snapped up by other companies looking for space.

Last year, Central Texas saw an additional 1.1 million square feet of space for retail and is on target to add 890,000 square feet more in 2017.

Some of the biggest expansions are in the grocery market.  Grocery stores often serve as anchors for new developments and attract other retailers.

While HEB is the biggest grocer in the area, Randall’s also has plans to open a store in Georgetown. 99 Ranch Market, an Asian grocer, will bring its first store to Austin at North Lamar and Airport Boulevard.  Target is brining a small version of their stores to Dobie mall by the UT campus, and Aldi and Lidl, a German discount grocery store, is planning to come to Pflugerville and Kyle as well.

The demand for space has led to an increase in rent.  Increased property taxes also force owners to pass those costs onto tenants in the form of higher rent.

Despite a lot of restaurants closing in the city, many due to the increase in rent, more food purveyors are waiting in the wings to take over those spaces.  They are taking advantage of the fact that the previous tenants already did much of the work on building out spaces so the new restaurant can save on start-up costs.

The hottest neighborhoods for retail in Austin are Mueller, The Domain, and downtown, particularly near the new central library on Cesar Chavez.  East Austin’s explosive growth, on the other hand, seems to be slowing down.

Watch for more growth in the city, especially as Plaza Saltillo and the former Brackenridge tract are developed.

Looking to rent an apartment near retail?  Apartment Specialists South Austin can help!  Give us a call today at 512-912-8000 to find your dream home quickly!