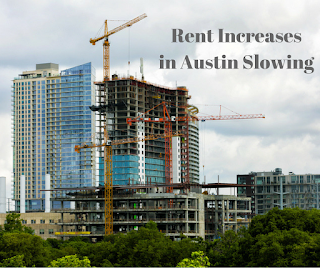 Since 2010, Austin rent has increased 34 percent, which puts it in the top 13 cities in the country for rent growth according to an analysis from RealPage, Inc.

Atlanta, Fort Worth and Nashville all saw bigger rent increases ranging from 35.1 percent to 36.5 percent.

Not surprisingly, the cities with the highest increases in Northern California. San Jose’s rent went up 51.3 percent over the last eight years, putting it on top of the list. Denver, Portland, Seattle and Sacramento all had rent increases high enough to land them in the top 10.

RealPage, a software and analytics company from Texas, looked at the actual rent prices for a set of apartments over the time period studies. This makes the numbers much more accurate than just examining averages.

Austin’s biggest growth was in the the early part of the study, followed by a slow down in growth and even negative growth at the tail end of last year. Austin was the only market in the US’s 50 biggest metro areas to have rent go down.

The slowdown in rent growth is due to an increase in luxury apartments, as well as the fact that the middle and lower tier apartments are starting to see they are priced as high as their middle and low-income tenants can afford.

Rent growth year-over-year has stayed the same for Austin at 2.1 percent, equal to the increase for Texas overall. The other 9 largest Texas cities had greater increases. Houston, Laredo, and Plano’s rent was up more than the state average, although just by tenth of percents.

The rental market in Austin started to slowdown at the end of 2017 as occupancy and lease rates started dropping. Still, apartment construction continues unabated with 18,000 new units currently under construction in the metro area.

Looking to take advantage of the lower rates and find a new apartment in Austin? There’s never been a better time! Give Austin Apartment Specialists South Austin a call today at 512-912-8000 to find your dream apartment tomorrow!