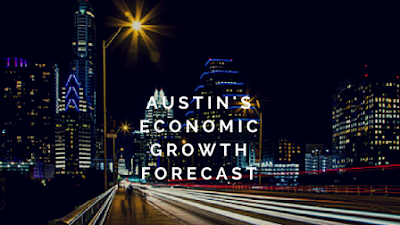 Building ATX reports that the annual economic forecast by AngelouEconomics predicts that in the next year, the economy’s growth will slow somewhat compared to previous years.

Over the next two years, 100,000 new people are expected to make Austin their home and employment will increase by over 3 percent through 2018.

While Angelou predicts a slight slowdown in the economy’s meteoric rise, he sees it as a good thing that will allow the “housing and labor markets to catch up with demand.”

However, Austin will continue to be held back by our lack of affordable real estate, both for housing and commercial space for businesses.  Home prices have gone up by seven to eight percent annually over the last three years and Austin’s office space averages $34.83 per square foot and industrial space averages $9.27 per square foot.

Austin has the 7th worst traffic congestion in the US which holds back economic growth.  The report said that money must be put into an assortment of transportation infrastructure to solve this problem.

Need help finding an apartment that fits into your budget?  Give Austin Apartment Specialists a call today at 512-241-1111 and we’ll find your dream apartment right away!