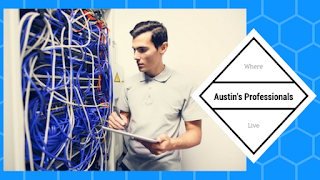 Austin’s skilled worker population tends to congregate in certain areas, especially in West Austin and not in East Austin, according to a new analysis by the Austin Business Journal.


Using data from the U.S. Census Bureau, the Austin Business Journal found how many professional, scientific, and/or technical workers lived in each square kilometer of the Austin area.  There are roughly 100,000 such workers in the Austin metro and they are 10 percent of the Austin workforce.  The only group of workers larger than this are retail employees.


The areas that had the most professional, scientific, and or technical workers living in them were in downtown, but they also follow the area’s highway systems into the suburbs.


The analysis also draws attention to the area’s strong income inequality.  Austin is the most economically segregated major metro area in the country, something that tends to happen in cities that have a lot of tech and so use employees from the professional, scientific, and/or technical category.  East Austin has almost none of these workers.


Are you a professional looking to find a new apartment in Austin?  Give Austin Apartment Specialists South Austin a call today at 512-416-8100 and start the new year off in a new place!